Ann Parker earned degrees in Physics and English Literature at the University of California, Berkeley, before taking up a career as a science writer. A native Northern Californian, she slings science and technical verbiage for a living during the day and writes fiction at night.

Ann’s ancestors include a great-grandfather who was a blacksmith in Leadville, a grandmother who worked at the bindery of Leadville’s Herald Democrat newspaper, a grandfather who was a Colorado School of Mines professor, and another grandfather who worked as a gandy dancer on the Colorado railroads. Ann is an inductee to the Colorado Authors’ Hall of Fame, and is a member of the National Association of Science Writers, the Mystery Writers of America, Sisters in Crime, International Thriller Writers, Historical Novel Society, Women Writing the West, and Western Writers of America. Ann and her family reside in the San Francisco Bay Area, whence they have weathered numerous boom-and-bust cycles.

The first five books of her Silver Rush historical mystery series are set primarily in 1880 in the silver boomtown of Leadville, Colorado. The three most recent mysteries bring her protagonist, Inez Stannert, to San Francisco in the early 1880s. The series was picked as a “Booksellers Favorite” by the Mountains and Plains Independent Booksellers Association. The series is published by Poisoned Pen Press, an imprint of Sourcebooks. 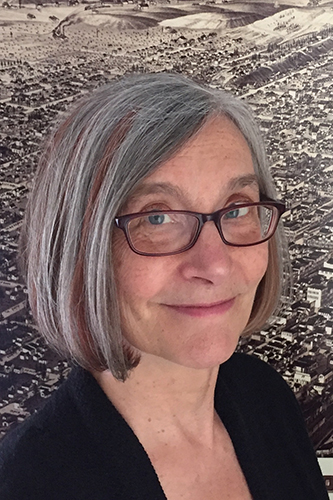 Ann Parker is a science writer by day and fiction writer at night. Her award-winning Silver Rush mystery series, published by Poisoned Pen Press (a Sourcebooks imprint), is set primarily in 1880s Colorado, and more recently in San Francisco, California, the “Paris of the West.” The series was named a Booksellers Favorite by the Mountains and Plains Independent Booksellers Association. The Secret in the Wall is the eighth and newest in the series.

We use cookies to ensure that we give you the best experience on our website. If you continue to use this site we will assume that you are happy with it.OK